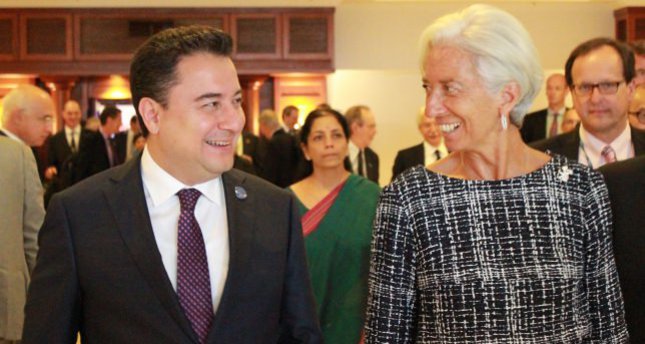 by AA Sep 20, 2014 12:00 am
Turkey will create a bridge between the world's most and least developed countries during its G20 presidency, Turkish Deputy PM Ali Babacan said Saturday.

Finance Ministers and Central Bank Governors of G20, a forum of world's richest nations, gathered in Cairns, Australia, on September 20-21 to discuss the problems of the global economy before G20 Leaders' Summit due in November.

Speaking to reporters after the meeting, Babacan said: "When there was G7 in the past, and when many decisions were being taken on that platform, Turkey experienced that feeling of exclusion. Now we do not want to make the countries exluded from G20 to experience that feeling."

Turkey will take over the rotating G20 presidency from Australia on December 1 for one year.

"We aim to make G20 to reach out and take care of countries that are not G20 members in an inclusive way," said Babacan, the most senior voice on Turkish economy.

He also said that supporting small and medium sized enterprises will be one of the main focuses under Turkey's G20 presidency.