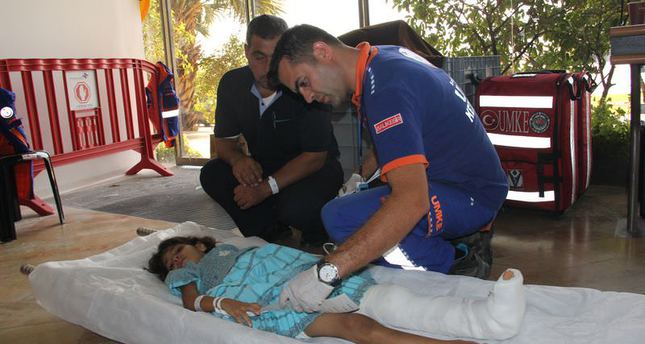 A Turkish Armed Forces plane departing from Israel's Ben Gurion Airport with 17 injured Gazans onboard has landed in Turkey's western city of İzmir, on late Tuesday.

The injured Gazans first brought to Israel's Ben Gurion Airport, where the Turkish Ministry of Health National Medical Rescue Team (UMKE) provided preliminary treatment. Then, the 17 wounded Gazans including 6 children were taken into the military plane with their companions.