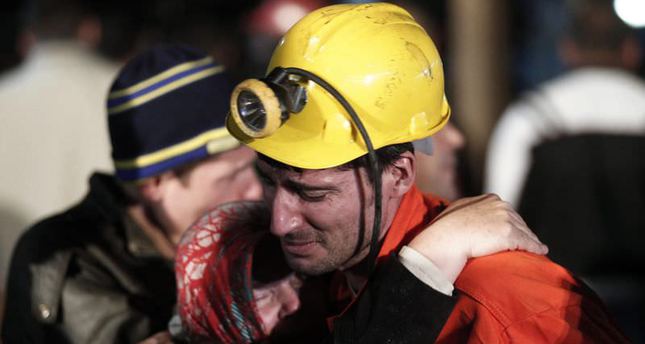 by Daily Sabah Sep 23, 2014 12:00 am
Turkish Minister of Labor and Social Security Faruk Çelik lambasted mining companies laying off workers because of what they called "high costs" after a new bill was introduced. The bill, which was passed in Turkish Parliament last week, brings about significant amendments to miners' rights such as the removal of seniority requirements for higher pay and benefits, less working time and a lower retirement age.

Speaking to a local TV station, Çelik said miners' salaries used to be too low and their working hours were too many for the hazardous job they did. He said the new bill does not have repercussions for the mining sector yet and branded the layoffs as "unethical."

"If they are affected in terms of costs, the government would certainly take measures to prevent any unjust treatment. They do not have even minor financial losses yet, but they still fire workers unethically," he said.

"It is wrong to lay people off so quickly. They could have submitted their problems to us and show how much they were affected. We are open to all ideas. The parliament's recess will end in October and any effects to the costs of mining companies will be discussed. They rushed to fire people as soon as the bill passed. It is unacceptable," Çelik stated.

Several mining companies had complained that the bill would endanger their low-cost mining operations by raising costs by 50 percent. Over 20 companies in Zonguldak, the country's mining hub in the north, started layoffs amid protests by workers.