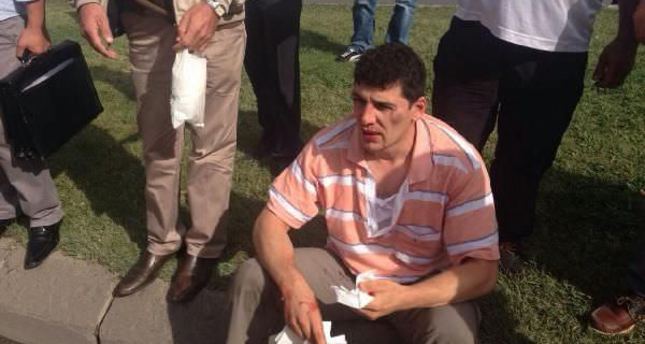 by Daily Sabah Sep 25, 2014 12:00 am
Emad Ali Almohid, an attache at the Kuwaiti embassy in Turkey, left the country following an altercation with a Turkish pilot, according to reports in the Turkish media. It is not known yet whether the diplomat was reassigned or went on a leave of absence.

Turkish Air Forces pilot Lt. Col. Hakan Karakuş claimed he was beaten by occupants of a diplomatic car of the Kuwaiti embassy. Almohid, who was in the car at the time of the incident, was interviewed by police while his Turkish driver was released on probation after an initial detention. Karakuş, the son-in-law of Turkish Air Forces Commander Akın Öztürk, was engaged in a row with the driver after the diplomat's driver reportedly physically abused him on a street in the capital Ankara on Sept. 11. The Turkish officer was hospitalized after the incident while locals attempted to attack the Kuwaiti diplomat and his driver.

The pilot filed a complaint against Almohid but he refused to testify to police, citing his diplomatic immunity. Almohid's Turkish driver had claimed that Karakuş assaulted them and he was beaten by people in another car.

Kuwaiti embassy officials were summoned to the Turkish Foreign Ministry after the incident. Turkish media claimed the ministry asked the ambassador to order Almohid to leave Turkey.