Turk sentenced to life in Greece on charges of human trafficking 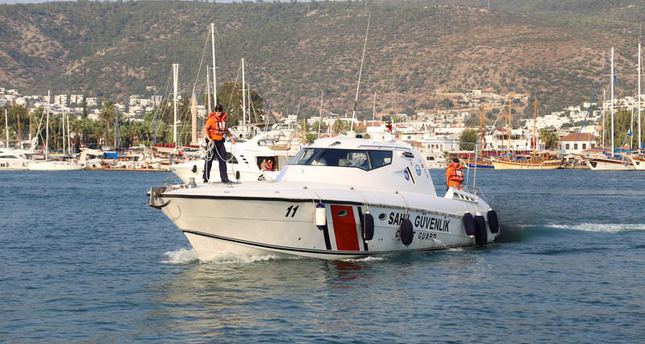 by Sep 26, 2014 12:00 am
A 27-year-old amateur fisherman was sentenced to life in Greece on charges of human trafficking, while his family in Turkey claims he was only sailing near a boat full of illegal immigrants.

Bayram Işık, 27, an electrician living in the Edremit district of Turkey's western province of Balıkesir, set sail on a rubber boat to fish on April 30. As he was some 2 miles away from the Turkish coast and near the Greek island of Lesbos, the Greek coast guard detained the young man, along with 27 illegal immigrants captured swimming near the island. Işık was arrested and charged with trafficking illegal immigrants who planned to swim to the Greek coast from his 3-meter-long boat.

A Greek court handed down a prison term of 135 years to Işık and prison terms varying between 80 and 135 years to eight other Turks arrested in connection with the incident after suspects were held in detention for five months. His father Mustafa claims his son is innocent. The father embarked on a legal battle to prove his son's innocence but failed to annul the court's verdict. Işık claims the illegal immigrants told the Greek police that Bayram Işık had no connection to human trafficking, but their testimony was ignored by the court. "It is ridiculous that my son's boat could carry 27 people. It is not a durable boat. It would sink immediately if so many people rode in it," he said.

Mustafa Işık said the court issued its verdict in the very first hearing "that took only 40 minutes." "It was a trial without due process, and this happens in a European Union member country," he said.