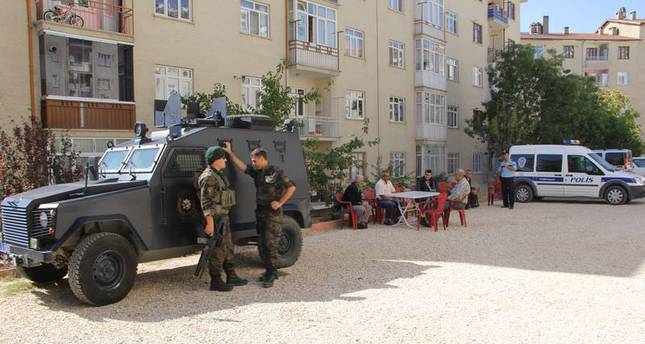 by Daily Sabah with Agencies Sep 27, 2014 12:00 am
Three Turkish police were killed in an accident on Friday night after an ambush in Turkey's overwhelmingly Kurdish southeast.

It has been reported that traffic police on the highway between the southeastern cities of Diyarbakır and Bitlis were attacked with rocket-propelled grenades and then rifles late Friday.

As the clashes continued, another team of police deployed as reinforcements but their vehicle suffered an "accident" at the scene when it overturned.

Three of the five police officers who were involved in the accident and were taken to nearby hospitals died while two survived.

There was no further information on the assailants but the ambush came at a time of mounting tensions between the government and Kurdistan Workers Party (PKK) rebels.

The ruling AK Party has insisted it remains committed to the peace process to end the violence, which has claimed 40,000 lives over the last three decades.

"We have reached a very valuable point in the peace process and I know its value," the Deputy Prime Minister Yalçın Akdoğan was quoted as saying on Saturday.

"Tearing this up or making threats is not going to get us anywhere and is just going to create problems. Let's sit down and talk," he added.