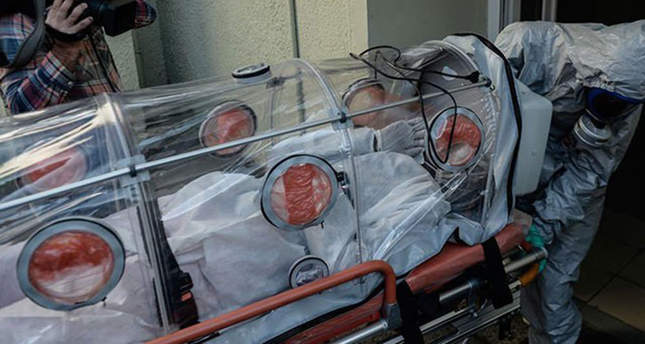 by Daily Sabah Sep 29, 2014 12:00 am
An incoming passenger from Ivory Coast who were to transfer to Kayseri, Central Turkey, was hospitalized on board with ebola suspicion at Istanbul's Atatürk Airport on Monday.

The Turkish Airlines cabin crew informed the officials of the airport and the passenger was transferred to Istanbul's Haseki Hospital.

The plane was towed to terminal for disinfection, while the airline announced that the passengers will be transferred to another plane.