Turkey to send Eid al-Adha meat to Gaza and Syria 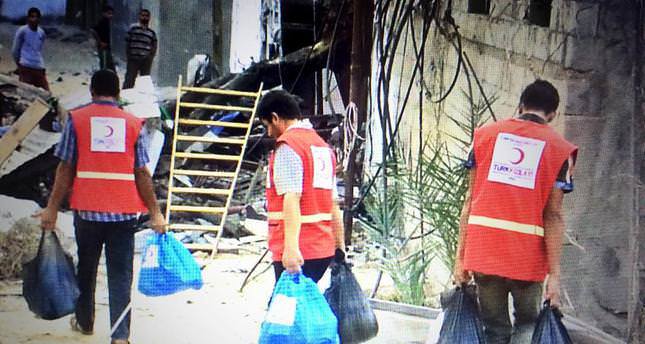 by AA Sep 29, 2014 12:00 am
Animals donated as part of the upcoming Eid al-Adha celebrations will go to needy families in Gaza and Syria, Turkey's IHH Humanitarian Relief Foundation has announced.

IHH Vice President Yavuz Dede said on Saturday that 10,000 animals slaughtered during the Feast of the Sacrifice next week would be distributed to the two stricken regions. The figure represents around a fifth of the animals that are to be sacrificed during the celebrations, which mark Abraham's willingness to sacrifice his first-born son to God. Dede said, "Thousands of people are left homeless. There are orphans and women without husbands. They are in need of a helping hand. We want to be their hope." IHH delivers sacrificial meat to 70 countries, Dede added. The donation is aimed at helping Syrians who have suffered three years of civil war and Palestinians who lost their homes during Israel's recent attacks, he said.