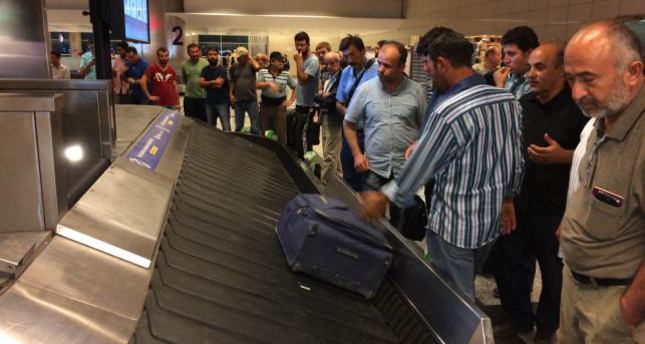 by AA Sep 30, 2014 12:00 am
Nearly 400 Turkish people working for Turkish firms in Libya have returned home out of fears for their personal security.

The Turkish Foreign Ministry last week decided to repatriate the 369 workers, most of whom were employed in the construction industry, due to the deteriorating security situation in Libya.

They arrived in Istanbul on Monday night on a Turkish Airlines flight from Misurata, in Libya's northwest.

Libya has been dogged by political instability since Muammar Gaddafi was deposed and killed in 2011.

Rival militias have frequently clashed in Libya's main cities, including the capital Tripoli and in Benghazi, while the central government has struggled to maintain order.

Political divisions have resulted in two rival seats of government, each with their own set of institutions.