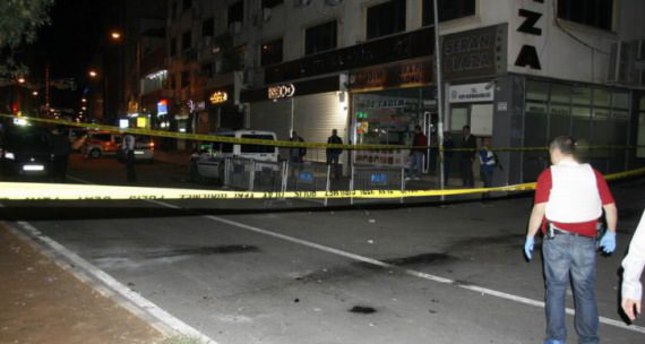 by Daily Sabah Sep 30, 2014 12:00 am
A group of unidentified terrorists attacked the headquarters of the ruling AK Party and governor's office with home-made bombs and Molotov cocktails in the Sur district of Turkey's eastern province of Diyarbakır on late Monday.

Officials said that, the bombs hit a reception booth, the door and the windows of the buildings but no one was hurt.

The terrorists fled the scene as a number of police officers and armored vehicles immediately were deployed in the area. The police launched an investigation to capture escaped terrorists.