Homeless man turns out to be secretly rich after his death 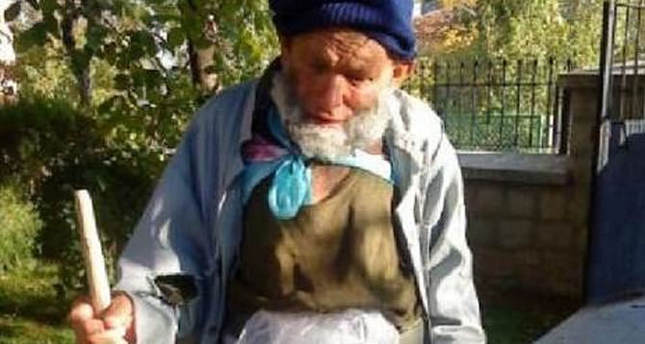 by Daily Sabah Sep 30, 2014 12:00 am
Mehmet Keleş, a 75-year-old homeless man living in the central Turkish province of Konya, was killed when a reversing bus hit him on Sept. 27. Keleş, known as "poşetli dede" or "old man with bags" among locals was at the center of an urban legend that rumored he had a rather large bank account. Police investigating his death verified the rumors as it turned out that the man living in squalor had actually over TL 1 million ($438,000) in his bank account.

Keleş was living off free meals and money locals handed to him after he arrived in Konya from his hometown Çorum 36 years ago. Roaming the streets with garbage bags drooping from his shoulders, little was known about Keleş. Rumors circulated over his secret wealth for years as well as claimed sightings of the man changing his tattered and dirty clothes for a stylish suit in his rare visits to the bank to deposit money.

His wealth was revealed when a prosecutor investigating his identity told his relatives living in Çorum.

Hüseyin Yar, nephew of Keleş, told reporters his uncle was "a phenomenon" in Konya. "Authorities were even reluctant to hand his body to us for burial in Çorum. They proposed burying him here in Konya. Everybody liked him here. All his surviving relatives tried to persuade him over the years to return to Çorum to live with them but he refused. He liked Konya," he said. Yar said they found out about his uncle's bank account when a prosecutor told them. He also dismissed the urban legend that his uncle personally deposited money and said a friend of his deposited money on behalf of the old man. As for the large sum, Yar said half of the money would be shared between his heirs and heirs planned to donate to a charity in his hometown. The other half of the inheritance will likely be donated to the Museum of Mevlana, the renowned Sufi mystic buried in Konya.

Yar said his uncle had fields in a village in his hometown and could lead a comfortable life without any financial problems if he chose to stay in Çorum. He also revealed the sad story that drove Keleş to the life of a homeless. "His wife was murdered. After the murder, he left Çorum and never came back," he said.