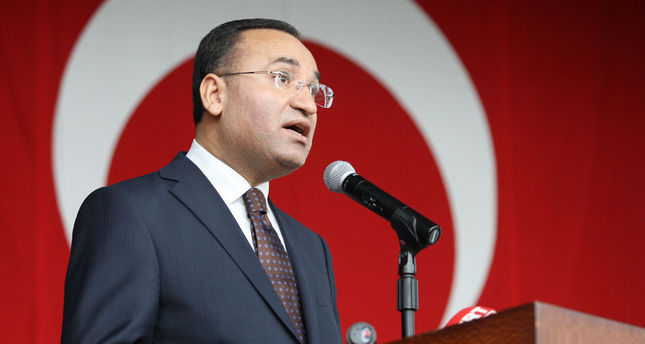 by Hazal Ateş Sep 30, 2014 12:00 am
Sick convicts who are unfit to stay in prison due to their deteriorating health will be released on probation under a planned legal amendment. The Turkish Ministry of Justice will take concrete steps for those prisoners whose complaints were voiced by various nongovernmental organizations.

An article regulating the corrections will be amended to grant release for terminally ill convicts. Those suffering from severe but non-fatal illnesses will also be released, but they will be subject to electronic tagging.

The issue was long debated under the previous government and is expected to be resolved in October. Through the new amendment, 67 severely ill convicts will be released on probation and equipped with electronic bracelets. The Minister of Justice, Bekir Bozdağ, said the government already adopted a regulation in 2012 that allows sick prisoners to appeal for suspension of their prison term or release. The new amendment will be more comprehensive and will be announced in October.

Through new amendments, the president's office will be conferred with new powers on deciding the status of sick prisoners.

A report by the Ministry of Justice reveals there are 334 convicts suffering from an advanced stage of various illnesses. A delegation from the opposition People's Democracy Party (HDP) met with Bekir Bozdağ recently and presented a report on the state of sick prisoners.

Before the amendment was implemented in 2012, sick prisoners were required to have a report from Turkey's Forensics Institute that oversees medical cases of the convicts and if the report cites that the convict needed constant medical support, he or she would be released with his or her prison term being suspended. Convicts also need a report from the prosecutor's office that would clear whether he or she posed a menace to society. Activists criticized the process, claiming that sick prisoners who cannot live without medical support would not be a menace to society.

Another issue regarding the sick prisoners is conflict in their numbers. According to research by several nongovernmental organizations, there are 544 severely ill prisoners serving time in prisons across the country. Those include physically and mentally handicapped convicts, cancer patients and those of an advanced age. The report by another NGO showed there are 163 terminally ill people while a report by the HDP shows only 67 convicts are terminally ill.