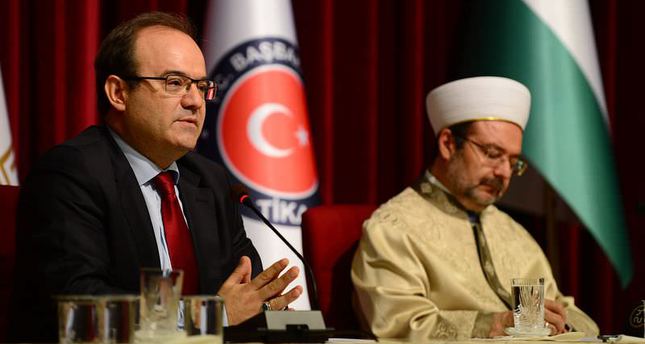 by Daily Sabah Oct 01, 2014 12:00 am
President of Turkish Cooperation and Coordination Agency (TİKA) Serdar Çam has harshly refuted allegations by Gülenist media outlets which accuse the agency of having connections with ISIS in Kosovo and expressed that Turkey is against all forms of terrorism and shares its anti-terrorism knowledge with Kosovo and other countries in the Balkans.

Expressing that such allegations are nothing but lies, Çam stated that some groups are disturbed by TİKA's increasing role in the Balkans and try to start a defamation campaign to discredit TİKA's and Turkey's efforts to fight terrorism and provide assistance for development. More importantly, Çam stated that TİKA is working closely with the Kosovar government to protect common heritage sites.

Çam expressed that TİKA is not involved in the appointment of religious officials to mosques in Kosovo following allegations that the imam of Fatih Sultan Mosque in Kosovo who is accused of having ties to ISIS was appointed by TİKA even though the allegations are completely fabricated Çam expressed. More importantly, he explained that TİKA is only involved in renovation and restoration projects and does not get involved in administrational procedures while he noted TİKA has favorable relations with all religious and ethnic communities in the Balkans and supports peace and development in the region.