Precautionary system to cut road fatalities during the holidays 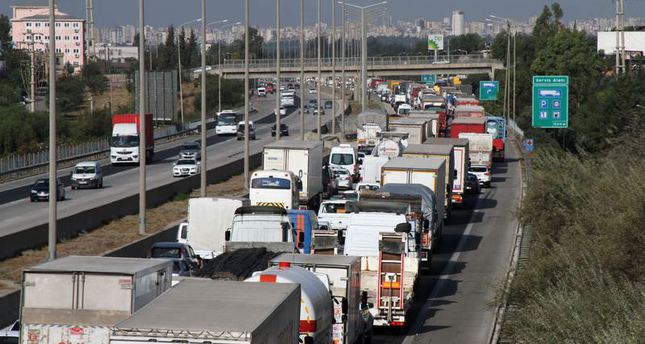 by AA Oct 02, 2014 12:00 am
An advanced system to cut fatalities on Turkey's roads is being tested ahead of this weekend's Muslim Feast of the Sacrifice during which millions of people drive across the country to visit their families.

The project, developed by Bahcesehir University in Istanbul, will provide drivers and passengers with information on roadworks, weather conditions and accidents via on-board smart screens supported by phone operators.

Project designers told reporters Thursday that the technology will work like a voice-guided navigation system to warn drivers of possible risks.

The pilot of the system -- which is supported by Turkey's General Directorate of Security Affairs -- has already started; 50 buses in Istanbul will carry the technology in a trial run over the next few days.

Every year, and especially during Turkey's two main Islamic festivals, many people are killed or injured in traffic accidents which are mostly the result of driver error, Professor Ilicali said.

In the last decade, the number of road accidents has increased by 185 percent the academic said, adding that nearly half of those resulted from excessive speed. Other leading reasons include poor overtaking and talking on mobile phones while driving.

Pointing to the Turkish government's goal of decreasing deadly accidents by up to half by 2020, the professor said education, legislation and technology-supported measures are vital to reaching this target.

"Once this supervision has been strengthened, accidents will decrease in number," Ilicali claimed.

However, there are more road accidents in Turkey than the total amount in all European Union countries, the professor added.

In 2013, traffic accidents killed nearly 1.3 million people across the world, according to 2012 data from Turkey's General Directorate of Security Affairs.