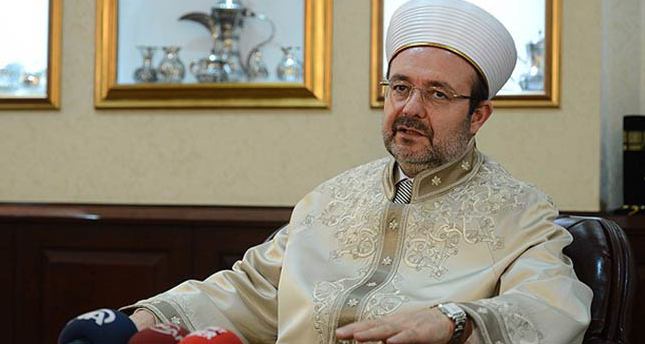 by Daily Sabah Oct 02, 2014 12:00 am
Mehmet Görmez, the head of the Turkish Directorate of Religious Affairs (DİB), told reporters that the country's top religious authority plans on setting up an International Islamic University in Istanbul to train religious scholars.

Görmez's statement raises the question whether Turkey plans to set up its own al-Azhar-like university, the famous Egyptian university where countless prominent scholars have been trained. However, Görmez dismissed it, saying the university would be "a supplementary school" for al-Azhar rather than an alternative to the university in Cairo.

Speaking to reporters in Mecca where he met Turkish pilgrims arriving for the annual hajj pilgrimage, Görmez said the planned university was "a need for humanity," adding that scholars educated at the university would contribute to solutions to problems that Islam and humanity faced. He said that the DİB already set up faculties in various countries in cooperation with the religious authorities of those countries and the university will be an umbrella body for those faculties as well. He said languages of education at the university will include English, Arabic and Persian.

Al-Azhar University in Cairo has been a center of Islamic learning for centuries and numerous notable scholars respected in the Islamic world have attended and taught at the university. However, its scholars came under fire for supporting the military coup in Egypt that toppled Mohammed Morsi's government. Turkish President Recep Tayyip Erdoğan slammed al-Azhar's grand imam, Ahmed el-Tayeb, last year for his endorsement of the coup.