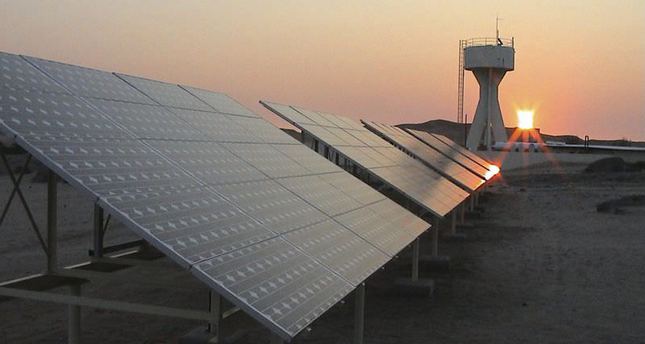 by AA Oct 02, 2014 12:00 am
A Turkish physics professor has won a global energy award -- the Energy Globe Award -- for creating a solar-powered water pumping system in the Turkish capital Ankara.

The Energy Globe Award recognizes projects regionally, nationally and globally that conserve resources such as energy and that use renewable or emission-free sources. It was founded in 1999 and is located in Austria.

The award was given to Demir İnan, who created a solar-powered water pumping system for the houses in Süleymanlı village in Ankara.

İnan is the president of Clean Energy Foundation, located in Ankara. The foundation promotes the use of renewable energies in Turkey and neighboring countries.

According to a statement from the Austrian Embassy Commercial Section, İnan received the National Energy Globe Award 2014. His project aims to use solar panels for various household and irrigation needs.

The statement said that using solar energy for water pumping saves money and is suitable for countries such as Turkey.

The project uses no fossil fuel, or any other type of non-renewable fuel, so it supports clean energy generation.