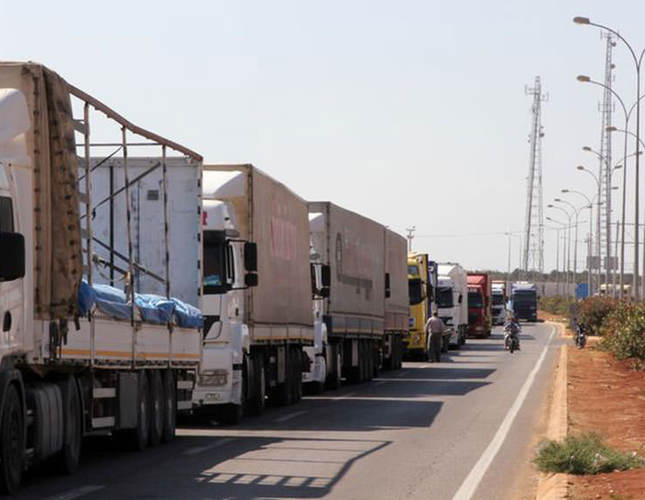 by Daily Sabah with AA Oct 03, 2014 12:00 am
International Transport Companies Association (UND) announced on Friday that over 2,500 Turkish drivers will be spending Eid abroad as they are waiting in Turkmenistan and Iran for their procedures to be finalized by Iranian authorities.

1,300 Turkish drivers have been waiting at the Loftabad Gate for the last 15 days for procedures that normally take 2 to 3 days, while 1,200 more are waiting at Sarakhs and Poldasht gates.

According to UND's statement, the daily capacity of the Loftabad Gate is 200 vehicles yet, the Iranian authorities allow 150 Iranian vehicles to enter per day while only 40-45 Turkish vehicles are permitted to pass.

Şener noted that the Iranian vehicles make 45,500 transit passages a year from Turkey without suffering a similar attitude from Turkish authorities.

Şener said that the Iranian authorities blamed their Turkmen counterparts in the meeting that was organized with Turkey's Mashhad Consul Generals attending.

UND stated that the goods loaded on the stuck trucks are worth around 200 million USD thus delaying payments made to exporters.