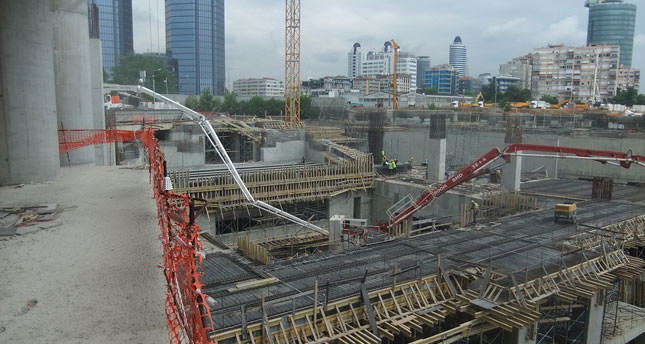 by Daily Sabah Oct 03, 2014 12:00 am
The family of Murat Usta, one of the 10 workers who were killed when an elevator crashed from the 32nd floor at an Istanbul construction site on Sept. 6, have filed a lawsuit against the construction company.

The plaintiffs are demanding a compensation package of TL 820,000 ($359,000) from the construction company and its subcontractor for which the deceased worker was working.

The family lawyers told the court the victims did not neglect work safety standards while expert reports from office of the prosecutor investigating the accident and state-run social security agency have blamed the companies for negligence. Lawyers also urged the court to impound the companies' assets to ensure the payment of compensation.

The family says Usta's wife was eight-months pregnant at the time of the accident and could experience a miscarriage due to the trauma of the incident.

A Turkish court had ordered the arrest of four people on charges of involuntary manslaughter over the deaths at the construction site in Istanbul's Mecidiyeköy district. The four suspects include construction site foreman and elevator technicians. The company that provided the faulty elevator and its maintenance and the construction company have blamed each other for negligence following the accident.

Ten workers had plunged to their death on a Saturday evening when the elevator in an unfinished housing block crashed to the ground.

The tragic accident sparked a debate over work safety in Turkey's fast-growing construction sector. Statistics show that 1,754 workers have been killed in the past five years at construction sites and another 1,940 were rendered disabled in 35,846 accidents.