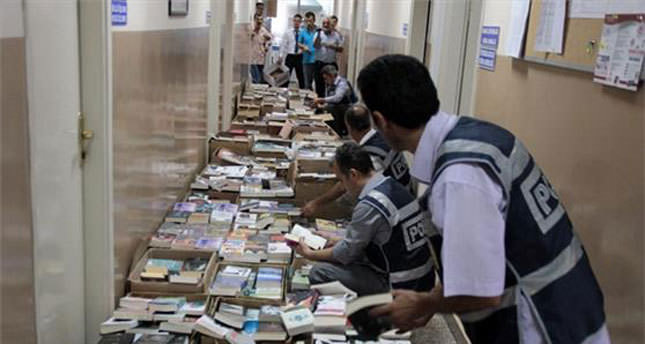 by Daily Sabah Oct 03, 2014 12:00 am
Turkish police confiscated over 62,000 pirated books and five printing machines in a major operation against pirated book makers and sellers in Istanbul's Kağıthane and Fatih districts earlier this week.

Police squads raided 11 printing houses in two districts where books were being illegally reproduced and tagged with fake seals of approval required for books printed in Turkey. Six suspects were detained in the operation.

Book piracy is common in Turkey despite legal measures as book prices are high, relative to other countries. Istanbul police say the sale of pirated books, as well as film DVDs, has decreased significantly thanks to frequent operations. Yet, peddlers selling pirated books, especially on overpasses in Istanbul's busy districts, are still a common sight.

Last month, in a landmark ruling, a Turkish court sentenced two suspects to one year in prison on charges of printing and selling pirated books. Book piracy is subject to fines and prison terms but most suspects get away with it due to lengthy legal processes and suspension of sentences by courts.