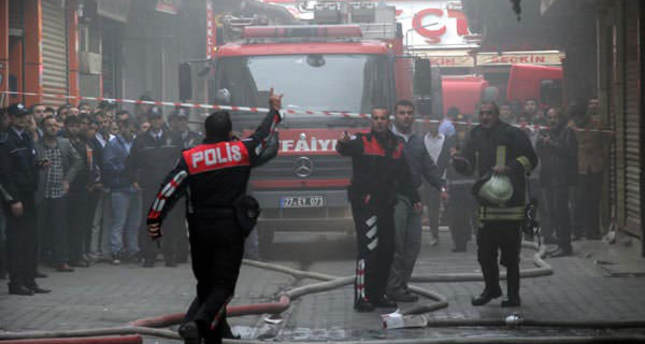 by Daily Sabah Oct 03, 2014 12:00 am
Police rescued two unwitting criminals after they became trapped in a house engulfed with flames from a fire they started.

The two unidentified men notified the police before squads stormed their residence in the southeastern Turkish province of Gaziantep. They piled up sacks loaded with coal behind the door to delay the officers before they destroyed the evidence including approximately 70 kilograms of cannabis. However, they forgot a minor detail: An escape plan. Trapped in the house without a back door, with flames and inflammable coal and tens of kilograms of cannabis around, the two men were rescued by firefighters who were notified by the police. The men were hospitalized for light injuries while the police confiscated the cannabis that did not burn, despite the attempts by the two criminals.