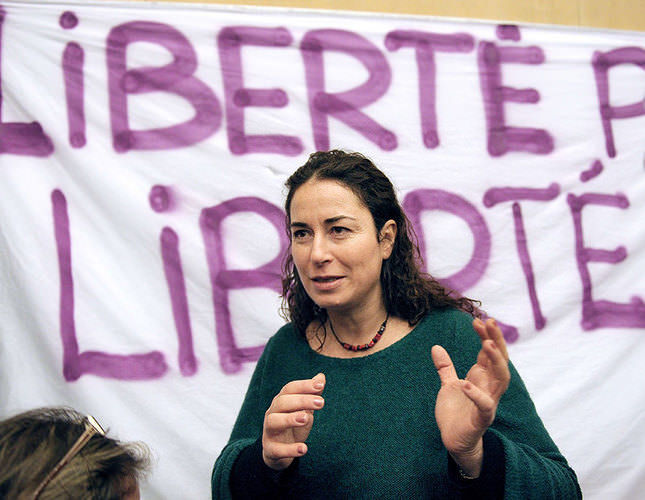 by Oct 03, 2014 12:00 am
A Turkish court Friday withdrew an arrest warrant against author and sociologist Pınar Selek, who has been tried several times for her alleged involvement in a 1998 PKK bombing in Istanbul.

"She is still under threat, but it is a positive decision," her lawyer, Yasemin Öz, told DPA by telephone from the court house in Ankara.

Last year, a Turkish court convicted Selek for the blast in the Istanbul market that killed seven people and issued a warrant for her arrest, despite her having been acquitted on three previous occasions.

But in June, Turkey's High Court of Appeals overturned the guilty verdict.

Selek has always denied any involvement in the blast at the historic Spice Bazaar (Mısır Çarşısı in Turkish).

Selek's supporters say she has been hounded by the state for years over her political views on human rights, feminism and the Kurdish issue in Turkey.

However, the prominent sociologist, who lives in France, still faces further legal hurdles and a case against her is set to continue in December, according to her lawyer.

Part of the evidence against Selek was a man's testimony that was later found to have been extracted under torture.

Seven people were killed and 127 were wounded in the blast that took place in a buffet at the historic Spice Bazaar in 1998. An expert report in 2000 said the blast was probably caused by a gas leak.

Selek was accused of communicating PKK militants and placing the bomb.