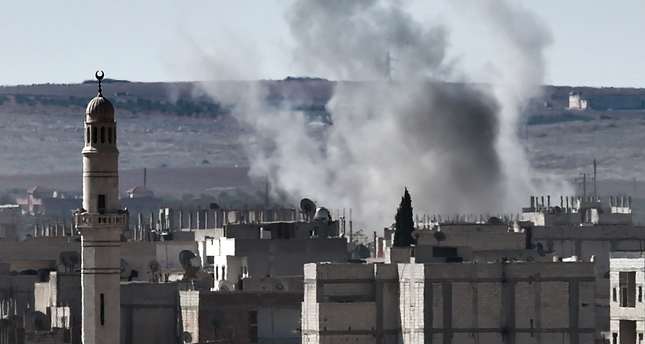 by AA Oct 05, 2014 12:00 am
The evacuation of two neighborhoods is currently underway in Turkey's southeastern province of Sanliurfa, after a mortar shell hit the area injuring two people, the Sanliurfa governorate announced.

The decision came after a mortar shell fell on a house in the Suruc district of the province of Sanliurfa on Sunday, injuring at least two people, according to Sanliurfa Governor Izzettin Kucuk.

"We decided to transfer the residents of Buyuk Kendirci and Kucuk Kendirci in a more secure place," Kucuk told Anadolu Agency.

The two people injured are currently being treated at Suruc State Hospital.

The incident comes as clashes between Kurdish groups and Islamic State of Iraq and the Levant militants intensified on Sunday around the Kurdish-populated city of Kobani(Ayn al-Arab) in Syria, just a few kilometers from the Turkish border.

Turkish armed forces have heightened security on the border, according to Anadolu Agency reporters.

ISIS militants, who otherwise control large parts of territory in Syria and Iraq, have recently been attacking the border town of Kobani from all directions.

Around 160,000 Kurdish refugees took shelter in Turkey, according to Ankara, since the country opened its border on September 19.