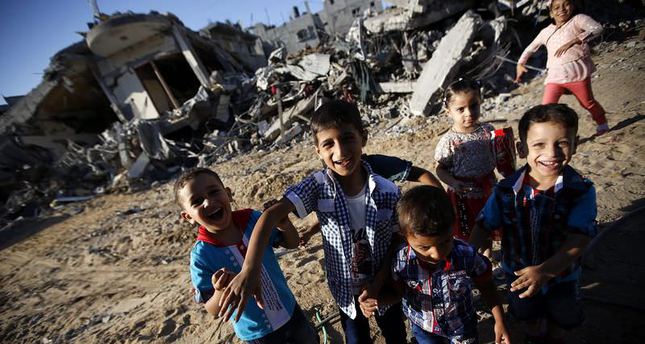 by AA Oct 06, 2014 12:00 am
Turkish charity has distributed sacrificial animals to poor families in the Gaza Strip as well as families that were strongly affected by the latest Israeli offensive on the Palestinian territory.

Hani Agha, the representative of the Turkish charity Yardimeli Dernegi, said his charity had distributed 336 sacrificial animals in different areas in the Gaza Strip on Sunday and Monday.

"These sacrificial animals were distributed to poor families as well as families that were strongly affected by the latest Israeli war on Gaza," Agha told Anadolu Agency.

Several Turkish charities and humanitarian organizations have opened branches in the Gaza Strip to offer aid to the residents of the embattled enclave.

These organizations include IHH Humanitarian Relief Foundation, Yardimeli Dernegi and the Turkish Cooperation and Coordination Agency in addition to the Turkish Red Crescent.

The Palestinian Social Affairs Ministry said recently that the number of poor families in the Gaza Strip had risen to 120,000 from 60,000 after the latest Israeli offensive.