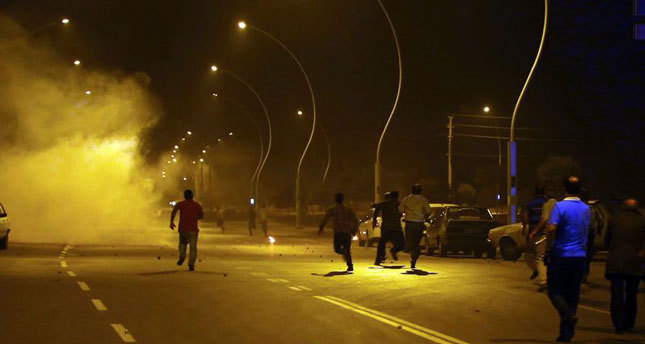 by Daily Sabah Oct 07, 2014 12:00 am
Protestors have flocked the streets on Tuesday night using the attacks on the northern Syrian town of Kobani by the terrorist group ISIS as a cover. Crowds gathered to protest the incidents in Kobani after ISIS attacked the border town but things turned ugly as Molotov cocktails were hurled at a gas station and cars were flipped.

The police are on high alert and working to disperse the rioters who have gathered illegally in Istanbul.

Molotov cocktails were hurled at a gas station in Okmeydanı and other parts of Istanbul have seen damage by the rioters including, Bağcılar, Kadıköy, Esenyurt and Sultangazi. No injuries have so far been reported.