NATO has contingency plan for Turkey 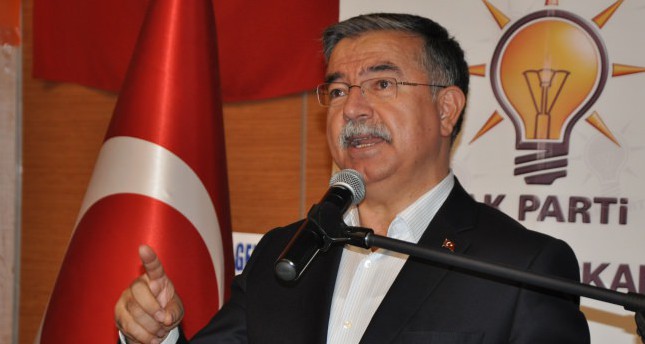 by AA Oct 07, 2014 12:00 am
Turkey's Defense Minister Ismet Yılmaz has said NATO has a contingency plan in place to meet any threat to Turkish territory from Syria.

Yılmaz said Monday that Turkey had requested NATO develop contingency plans when unrest in Syria started and that the organization had responded with a plan taking various possibilities into account.

"In case of an attack on Turkey, NATO is going to fulfill the Article 5 of the Washington Treaty," the minister said, referring to NATO's collective defense principle that, if an ally is attacked, it will consider it an attack against all its members and will take whatever actions necessary to assist the ally.

Yılmaz's comments came days after NATO's new chief Jens Stoltenberg said that the alliance would step in and defend Turkey in the face of any attack from ISIS terrorists, who have been closing in on a strategic Syrian border town with Turkey.

Fighters with ISIS have been besieging the Syrian Kurdish-populated town of Kobane for nearly three weeks, forcing more than 160,000 Kurdish refugees to flee to Turkey.

Stoltenberg said his first press conference as the new NATO secretary-general last week: "Our responsibility, the basic responsibility, is to stand up and be very clear that we are going to protect Turkey.

"That collective defense -- Article 5 -- is something which is also going to be applied if Turkey is in any way attacked."

The latest wave of ISIS advances has prompted Ankara to deploy tanks on its border with Syria, facing the Syrian border town also of Kobane, also known as Ayn al-Arab.

On Thursday, Turkey's parliament approved a motion allowing its military to perform cross-border operations in Iraq and Syria.

The motion is not limited to ISIS but includes a range of threats to Turkey's national security and was combined with another motion on the deployment of Turkish forces in northern Iraq to fight the Kurdish separatist terror group, the PKK.

The measure allows military incursions into Syria and Iraq against a threat to Turkey, and allows foreign forces to use Turkish territory for possible operations against ISIS.

Turkey has a little-known sovereign exclave inside Syria 30 km south of the border -- the tomb of Suleyman Shah.

Turkish President Recep Tayyip Erdoğan said on Saturday: "We will not hesitate to act against any potential threats to the tomb."

Turkey lists the formation of a UN no-fly zone and safe haven inside Syria if it is to take part in an international coalition against ISIS.