Angry man sets his car on fire, burns to death 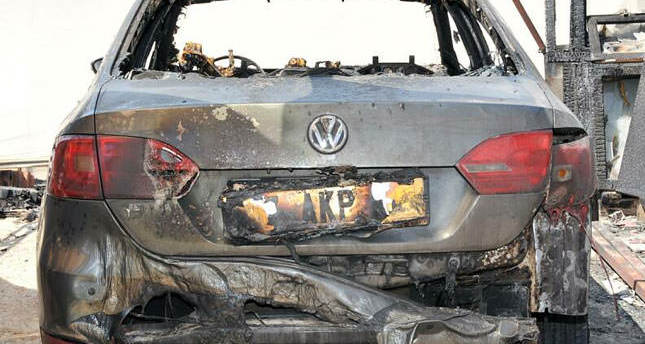 by Daily Sabah Oct 08, 2014 12:00 am
Ramazan Kaya, 33, burned himself to death when he attempted to set his car on fire in the southern Turkey's Antalya yesterday. Kaya, a motorcycle mechanic and a father of two, was traveling with his two friends in the city's Manavgat district the previous day when his car broke down. He managed to drive it to a mechanic's and attempted to fix the vehicle there by himself. The quick-tempered man grabbed a can of gasoline in the trunk when his efforts to fix his car proved futile and poured the fuel all over the vehicle. He had set out to burn the car out of frustration but was unaware of a splatter of the inflammable liquid on his clothes. Just as he was about to ignite the gasoline, a burning cigarette dangling between his lips fell onto the angry man. Friends rushed to put out the flames that suddenly engulfed Kaya. The heavily injured man was hospitalized but succumbed to his wounds yesterday.