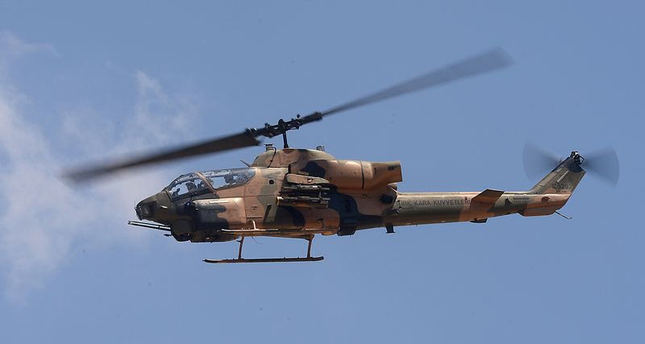 by AA Oct 12, 2014 12:00 am
The Turkish General Staff said on Sunday that search and rescue operations were still attempting to locate a missing army helicopter.

The General Staff issued a statement saying that the S-70B Skorsky aircraft lost connection with its base at 12:25 Turkish local time.

It had taken off from the Cengiz Topel Military Airport, which is located in the northwestern province of Kocaeli.

The helicopter disappeared from radar above the Kartepe district of the province, which is said to be a rocky and mountainous region.

The statement also said that the search and rescue operations are being backed by an airplane and four helicopters.