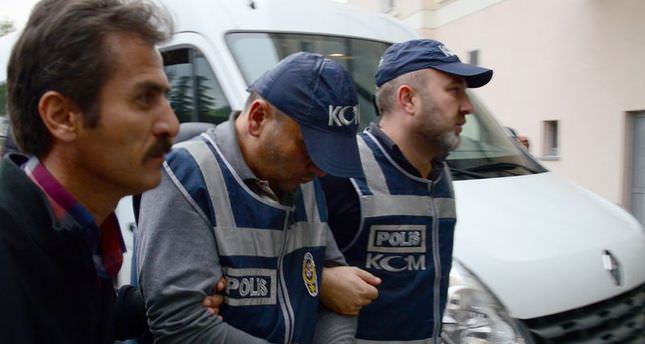 Murat A., 47, and Ömer P., 24, were captured in the northwestern city of Sakarya yesterday after eight months of surveillance. Five people helping the suspects to hide out were also detained.

Both suspects had frequently changed their hideouts during the police pursuit and were traveling to Sakarya, the latest city where they were hiding, from Istanbul after a brief trip. Police stopped their car and the suspects started fleeing on foot, but they were apprehended by police officers. Officers found a forged ID and a pistol in Murat A.'s possession.

Raiding the houses and workplaces of people helping the suspects to hide, police found guns, jammers, passports and documents "in a Cyrillic language."

Medet Ünlü was killed in his office in Ankara on May 23, 2013, by suspects who shot him in the neck. An ethnic Chechen born in Turkey, he was honorary consul for the unrecognized Chechen Republic of Ichkeria in Turkey that opposes the current administration in Chechnya and advocates a new independent state. Members of the dissident Chechen community in Turkey had protested Russia over the killing, claiming Russia was beyond the killing.

Turkish media reported that suspect Murat A., known also as "Dayı (Uncle) Murat," was an ex-convict who served time on organized crime charges and reportedly was hired by Chechen or Russian intelligence officials.

Six Chechen dissidents were killed in Turkey between 2008 and 2011 in murders blamed on Russian intelligence. The first in the wave of murders targeting Chechens residing in Istanbul was in 2008 in the city's Başakşehir district. Gazhi Edilsultanov, who worked for a charity to help poor Chechens in Turkey, was shot dead. This was followed by the murder of Islam Canibekov, another Chechen living in Istanbul with his family. A more high-profile murder occurred in 2009. Ali Osaev, a prominent Chechen activist for the Caucasus Emirate, a militant group designated as a terrorist organization by Russia, was killed that year. Bergkhazh Musaev replaced him as representative of the militant group in Turkey, but Musaev and his friends Rustem Altemirov and Zavrbek Amirev were killed in broad daylight in 2011 in Istanbul.

Temur Makhauri, a Georgian national, is the sole suspect in the murders of Musaev, Altemirov, Amirev and Osaev. He remains in detention in Turkey as his trial continues.