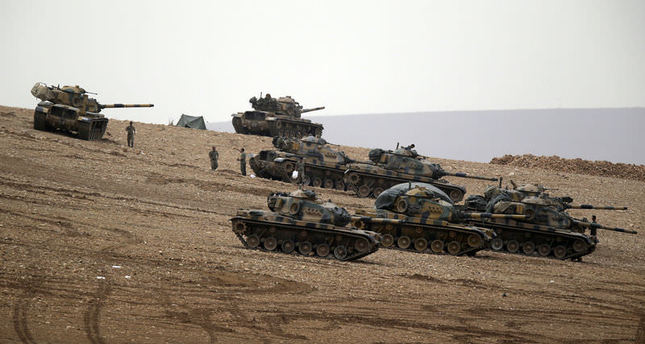 by Daily Sabah Oct 13, 2014 12:00 am
Turkey on Monday deployed 15 tanks and armored vehicles to the border town of Suruç, , which lies across from the key Kurdish town of Kobani also known as Ayn al-Arab, to reinforce its border with Syria amid escalating clashes between ISIS militants and Kurdish armed groups in the region.

ISIS militants launched its offensive in the key Kurdish-populated Syrian town of Kobani three weeks ago. Since then, the radical group has captured some of Kobani's surrounding villages. With ISIS continuing to make significant gains, many claim that the Kurdish town is on the verge of collapse. The violence continues to rage with more than 550 people reportedly killed during heavy clashes, according to the Syrian Observatory for Human Rights.