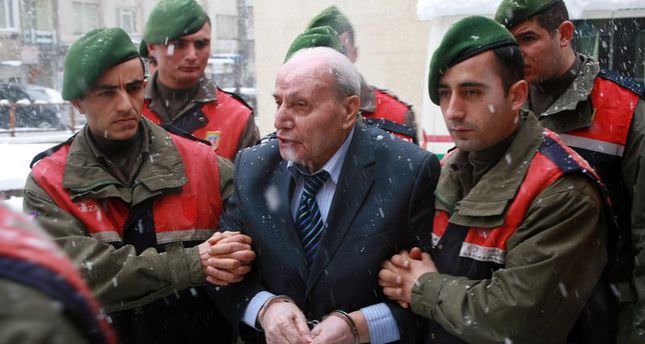 by Daily Sabah Oct 14, 2014 12:00 am
Former Vakit daily columnist Hüseyin Üzmez, who was sentenced to 16 years for sexually abusing a minor in 2012, died on Tuesday at a hospital in the Turkish capital Ankara, after being discharged 12 days ago due to health reasons.

Üzmez was released by the chief public prosecutor 12 days ago because he had psychological problems and a serious prostate disease.

The 83 year old was arrested in 2008 on charges of repeated sexual abuse of a 14 year old. He had defended his case by saying, "A girl who has reached puberty, who is having periods, is of age."

A high school student in 1952, Üzmez shot Ahmet Emin Yalman in Malatya, a prominent journalist of its time, and sentenced for 20 years of imprisonment that he was released after 10 years.