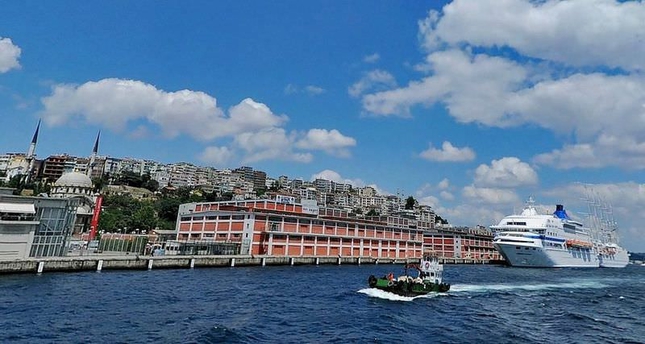 by AA Oct 15, 2014 12:00 am
Turkey's Council of State has suspended a planned major renovation project in Istanbul's Karaköy district, the Union of Chambers of Turkish Engineers and Architects has announced.

"The Council of State ruled on halting the execution of Istanbul's Salıpazarı Port Area project," the union said, adding that all operations at the site should be stopped immediately.

The Doğuş Group, a Turkish finance and tourism conglomerate, won the right to develop the port area with a $702 million privatization bid last year.

The group planned to build new shopping malls and hotels at the site as well as a renovated port. The union has claimed the area cannot support that much human and car traffic.

After Tuesday's decision, a lower court is expected to hear arguments over an outright cancellation of the 'Galataport' project.

The Doğuş Group refused to make a statement about the court's decision.