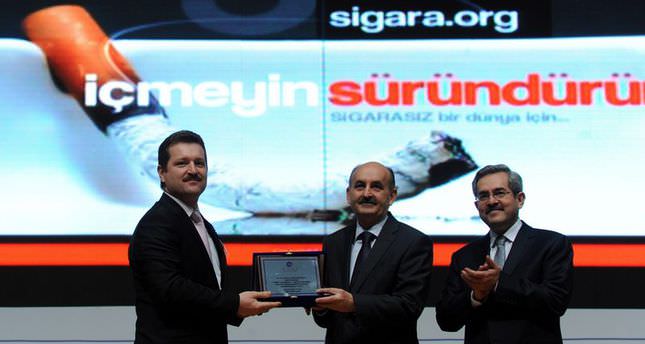 One of the few countries combatting smoking effectively by a widespread ban, Turkey also looks to help people quit the habit by implementing a series of measures such as providing free treatment. In 2011, 250,000 smokers were supplied with medication that eliminates the addiction and the ministry found the medication succeeded in helping half of them quit.

The ministry announced yesterday free medication will be supplied to an additional 300,000 people, regardless of their registration for social security.

Smokers will be provided with Bupropion HCI and Varenicline, two drugs used as smoking cessation aids and nicotine replacements by hospitals and local state-run clinics.

In February 2011, Champix and Zyban, two drugs used in smoking cessation were delivered for free to 250,000 addicts. Those drugs are sold between TL 70 and 180 TL. Health Ministry officials had announced that the free drugs boosted applications by addicts to hospitals to assist them in quitting smoking. In 2009, only 35,000 people had applied for treatment to quit the habit, which rose to 650,000 in 2011.

Starting in 2009, the Turkish government, then headed by former Prime Minister Recep Tayyip Erdoğan, a staunch teetotaler, launched a nationwide campaign against smoking.

The country, the inspiration for the phrase "to smoke like a Turk," had introduced comprehensive legislation against the unhealthy habit in 2009, banning smoking in all public places, later to be announced at the sixth European Conference on Tobacco or Health as the fifth country among 34 others to have the most effective measures against smoking.

It now plans to implement sweeping measures such as a ban for smokers outdoors including in areas open to public use, like playgrounds, courtyards of schools and mosques.

The ministry plans to keep children away from the damage of secondhand smoke through these measures.

According to a health report by the Organization for Economic Cooperation and Development (OECD), from 2000 to 2012, the country has achieved significant progress in reducing the number of smokers. The number of daily smokers among adults decreased to 24 percent in 2012 from 32 percent in 2003. However, the report adds the smoking rate among Turkish adults is still higher than the OECD average of 21 percent.