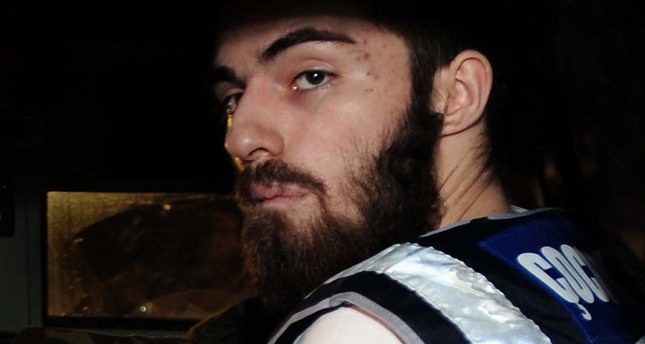 by Daily Sabah Oct 16, 2014 12:00 am
The saga of notorious teenage killer Cem Garipoğlu, who stabbed his girlfriend to death before dismembering her, continues to haunt the victim's family. Seeking closure to the case, the parents of Münevver Karabulut suspect the official account regarding Garipoğlu - that is, that he hanged himself in an Istanbul prison where he was serving time for the 2009 murder.

The Karabulut family filed a request to the prosecutor's office two days ago to see the body of Garipoğlu, 22, who took his life on Oct. 10, six years after he was convicted and sent to prison. The family's lawyer was allowed to see the body and confirmed that it was Garipoğlu, putting an end to conspiracy theories on social media that the young man, the son of a wealthy family, faked his death, fled the prison and traveled abroad.

This apparently did not convince the victim's family as they are now seeking a DNA analysis of the body. Garipoğlu's parents, who were sentenced to minor prison terms after the murder for hiding evidence implicating their son in the murder, were called to the coroner's office to give DNA samples that will be matched with the DNA profile of the body.

The Garipoğlu family's lawyer, Aytekin Kaya, told Anadolu Agency that it was ridiculous that the authorities are looking into whether the body was that of Garipoğlu. "A suicide in a prison certainly should be investigated but trying to confirm whether it is Cem Garipoğlu or not is totally ridiculous," he said. Kaya said Garipoğlu's death sparked "social schizophrenia," adding that the judiciary is not tasked with satisfying people's demands. "It seems like everyone in Turkey is occupied with this matter. They think you can get away with faking your death. It is not that simple. The legal system in Turkey is not that simple. Prisons have the utmost security measures. You cannot do that," he said. "I don't know how we can assuage the public [about his death]," Kaya said.