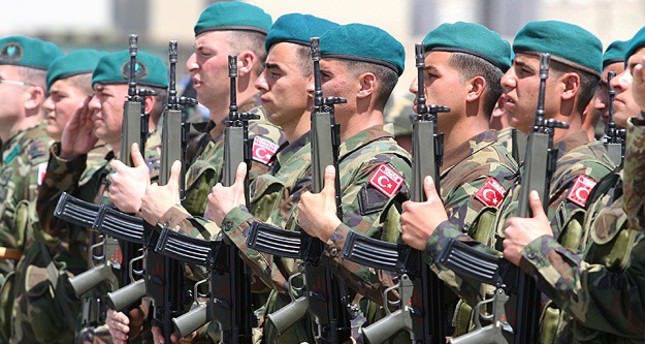 by Daily Sabah Oct 17, 2014 12:00 am
Turkish Prime Minister Ahmet Davutoğlu has put an end to the discussions of whether the government will issue a regulation over paid military service saying the current conjecture was not apt for carrying out such a practice.

"It is not fair that the poor does military service whereas the wealthy skips it by making payment." Davutoğlu was quoted as saying.

Thousands of men were offered a glimmer of hope as some ministers hinted of a government plan to issue a bill over paid military service three years after the previous one.