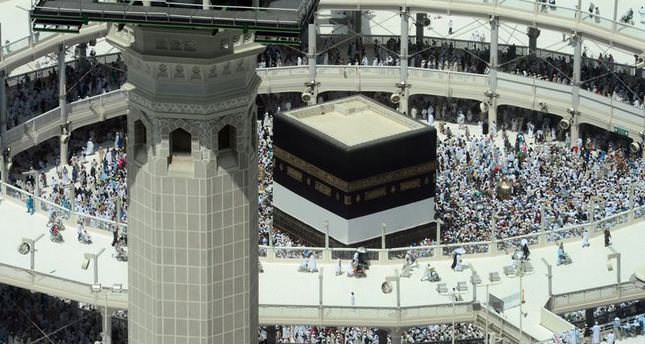 by AA Oct 19, 2014 12:00 am
Justice and Development Party (AK Party) İzmir deputy Rıfat Sait said yesterday that Mecca and Medina need to be administered jointly by all Muslim countries during hajj season, criticizing the Saudi authorities who he accused of ignoring the needs of pilgrims. Sait, speaking on his return from hajj with a group of deputies, said they had faced serious problems during hajj, adding, "Everyone who goes there knows and experiences the problems. However, nothing changes."

"Islam is based on cleanliness. There are no proper outdoor toilets. This is a huge problem at Arafat. Some say that such problems at holy places should not be voiced. However, these problems cannot be ignored," he said.

He accused Saudi Arabian authorities of failing to provide proper municipal services. "A Saudi prince is responsible for each region. And he is not elected but appointed so does not care what happens. Turkish pilgrims are a bit better off but still other Muslims face serious hardship. I believe this is cruel. Only Kaaba and Al-Masjid al-Nabawi are kept clean. The rest is not kept clean and an infectious disease there can spread to the entire world," he said. He added that the holy sites should be administered by the entire Muslim world. "It cannot be left to Saudi Arabia to administer. The municipal, medical, security services should be managed jointly by Muslim countries. Each hajj season, one country can take the lead. One cannot pray in peace in all that dirt and confusion," he added. He said he would communicate all the problems he faced during hajj to the Saudi Embassy.