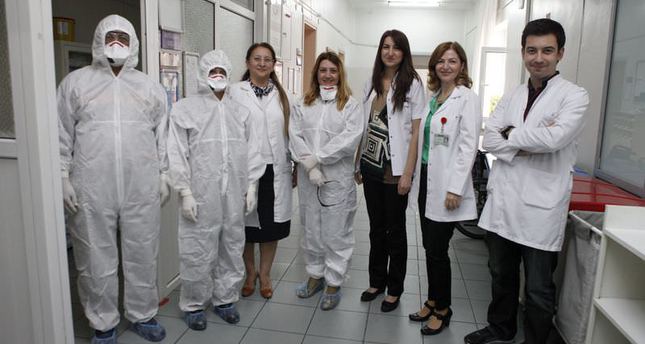 by AA Oct 19, 2014 12:00 am
Health officials at the Kapıkule Border Gate -- the crossing point between Turkey and Bulgaria in Turkey's Edirne province -- have taken measures to prevent the ingress of Ebola, Edirne Governor Dursun Ali Şahin has said.

Şahin said on Sunday that the medical team at Kapıkule was well trained on tackling the worldwide Ebola virus threat within the scope of the national Ebola Action Plan developed by the Turkish Health Ministry.

"We are also closely following the refugees in the city. There has been no problem so far," he said.

The Ebola virus -- a potentially lethal disease with no known cure -- has already claimed nearly 4,500 lives in West Africa alone, prompting the world to increase screening and treatment measures after cases were reported in Europe and America.

The most-recent outbreak started in West Africa in March 2014 after spreading to Guinea's neighbors: Sierra Leone and Liberia.

On March 19, Guinea's Health Ministry designated the outbreak as an epidemic.

By March 24, a total of 59 out of 86 people diagnosed with the disease had died.