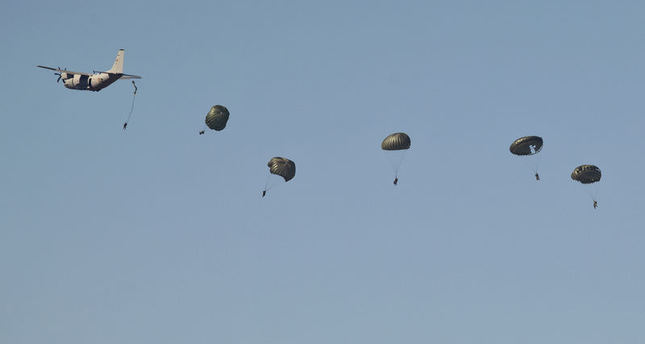 The Turkish General Staff has announced that 12 countries along with host Turkey will gather in Istanbul for four days of military drills on Oct. 20

Turkey will host NATO drills between Oct. 20 and Oct. 24 that will include the participation of 12 other countries, the Turkish General Staff announced in a statement Sunday.

The war games will take place in Istanbul where it will gather military personnel from Azerbaijan, Macedonia, Bosnia and Herzegovina, Serbia, Kazakhstan, Montenegro, Moldova, Jordan, Ukraine, Mauritania, Algeria, and Pakistan.

The drills aim to enhance the capacity of the countries to work together and cooperate, the statement said. Turkey is expected to participate in the games with 84 personnel.

During his recent visit to Turkey, NATO's newly appointed Secretary General Jens Stoltenberg said, "NATO will protect member state Turkey in case of any attack as a result of the fighting just across the border in Syria."

As Stoltenberg reiterated that NATO is ready to protect Turkey, he said NATO deployed Patriot missiles in Turkey to strengthen its air defenses and even though Turkey did not officially request NATO to enhance its border security, the organization still closely follows the latest developments on the border.

When asked about Turkey's proposal for a safe haven and no-fly zone over Syria, Stoltenberg said, "It has not been on the table of any NATO discussions yet and it is not an issue which is discussed in NATO." Stoltenberg added that he welcomes what Turkey is doing in receiving refugees and its passing of a mandate to authorize Turkey to take a more active role in the coalition.

Turkey is prepared for a possible influx of refugees that may begin after the Syrian opposition starts its attacks in the troubled region. Because of this Ankara wants a safe zone to be established before any military operation takes place.