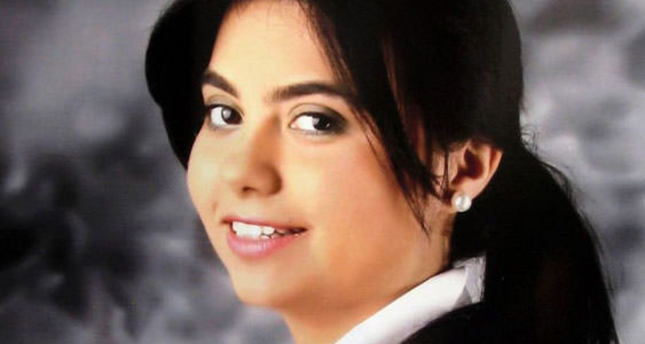 by Daily Sabah Oct 22, 2014 12:00 am
The family of Münevver Karabulut, the 17-year-old girl who was murdered by her boyfriend in 2009, filed a lawsuit against Taraf daily columnist Perihan Mağden over an article in which she allegedly praised Cem Garipoğlu who was convicted for the murder. Penning an article after Garipoğlu's suicide in prison, Mağden had criticized the Karabulut family for questioning his death. Mağden said in the article that the public should have sided with Garipoğlu, "a 17-year-old boy whose mental state was ignored." The Karabulut family claimed Mağden portrayed Garipoğlu as "an innocent boy" and dismissed the court ruling. They also claimed Mağden "legitimized a brutal murder" and committed the crime of "praising the crime and criminal."