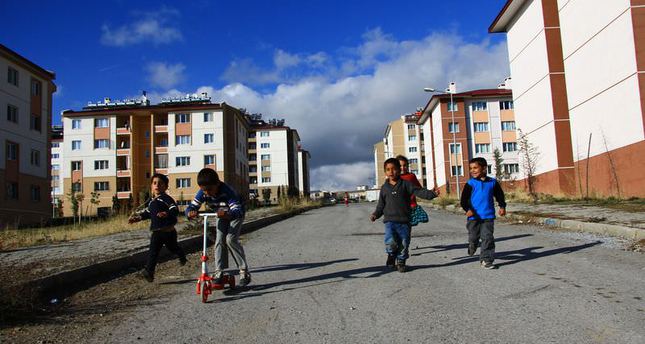 On October 23, Van marked the third anniversary of a 7.2-magnitude earthquake that killed 604 people and devastated tens of thousands of buildings.

In three years, the city, which was reduced to a giant pile of rubble after the deadly tremors, has been restored to its former glory through rebuilding efforts.

The earthquake razed buildings to the ground in 25 seconds and casualties were relatively low as it happened at noon. But it left the city in ruins and Van was a shadow of its former self in the aftermath with over 36,000 buildings heavily damaged.

The government was well-prepared and mobilized resources for rescue efforts within the first 20 minutes after the earthquake. Rescue crews and ambulances flocked to the city to search for survivors and to remove corpses from the rubble. Mobile health units were dispatched to villages in the vicinity of Van while 1,673 injured people were hospitalized.

Ministers traveled to the city in the aftermath and coordinated search and rescue efforts that were followed by plans of rebuilding.

State-run aid organizations were quick to respond to the earthquake and delivered 75,000 tents to the city for homeless survivors on the same day. A total of 29,500 containers converted to small housing units were delivered for survivors facing harsh weather.

As people overcame the trauma and returned home from the tents they were staying, a second earthquake, at a magnitude of 5.6, hit the city on Nov. 9. Forty people including a Japanese aid worker were killed in the second quake.

Winter was approaching and immediate action was needed for survivors left without a home. Prime Ministry's Disaster and Emergency Management Authority (AFAD) promptly started rebuilding in the city in coordination with the state-run housing authority. Working in -30 degree Celsius temperatures, thousands of workers mobilized to construct new residences for the earthquake victims. In one year, new apartment blocks, which transformed Van from a ghost town into a flourishing city, were completed and handed over to survivors.

More than 20,000 buildings heavily damaged in the quake were demolished while the demolition of the rest is still underway. Construction of 800 residences for people in villages near Van is also underway. So far, 7,000 villagers have been delivered newly-built residences to replace their damaged houses.