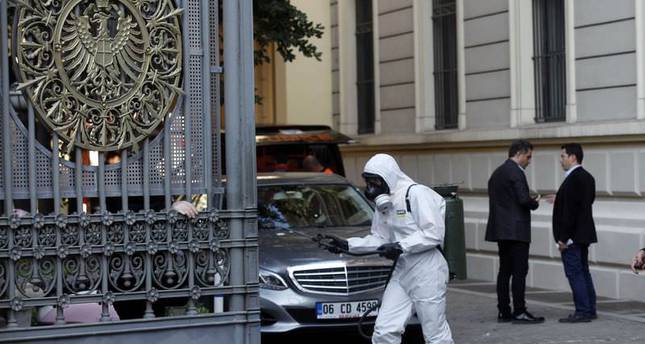 by Daily Sabah Oct 24, 2014 12:00 am
The Turkish Ministry of Health said 10 people from the Canadian, four people from the Belgian and two people from the German Consulate were hospitalized on Friday as a precaution after they were exposed to yellow powder in Istanbul.

The Ministry officials said the test results of the consulate staff and the chemical details of the "yellow powder" will be announced on Monday.

Earlier on Friday, suspicious packages containing a yellow powder were sent to the Consulates of Germany, Canada and Belgium prompting partial evacuations.

The U.S. consulate said on its Twitter feed that they also received an envelope containing a suspicious powder, adding "it was handled with established protocols and authorities are investigating the matter," U.S. officials said the consulate was operating normally after the incident.