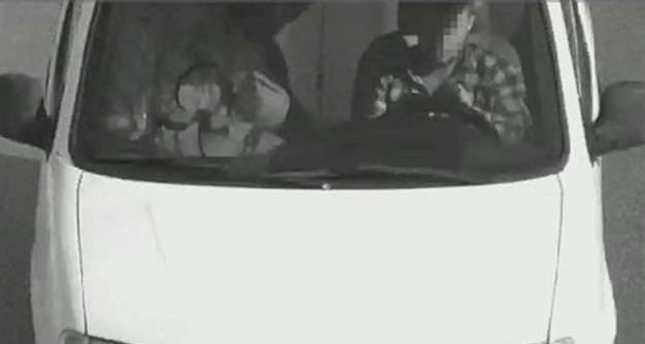 by Daily Sabah Oct 24, 2014 12:00 am
Four suspects including a Syrian and a Georgian national robbed and raped four women in the Turkish capital Ankara on Wednesday in a chilling string of criminal acts.

The suspects first entered a beauty shop on Wednesday evening in Ankara's Sıhhiye district and set their eyes on a female employee. They attempted to rape her in the shop but other employees intervened. The suspects stabbed a woman intervening and fled the scene when the women screamed and alerted a passersby. They stole six cellphones and a laptop computer from the beauty store before fleeing the scene.

From there they headed to Ankara's central Kızılay district to a house where four women - prostitutes according to some Turkish media outlets - were staying. Raiding the house, the suspects raped all of the women and left with three of them. Taking the women to an abandoned factory in the Kazan district, they raped the victims multiple times. They then left the women back in Kızılay.

Launching a manhunt, Ankara police captured the suspects after a brief pursuit. The suspects had one air gun and four knives in their possession. The Georgian suspect was deported while the others were arrested and face charges of rape and theft.

Turkey recently increased the lower limit of sentencing for sexual assault from five to 10 years. Under the previous law, suspects could have their sentences commuted based on the nature of the crime and could be eligible for early release. The new law aims to prevent the dropping of charges against sex offenders if the victim withdraws her complaint. It is not clear whether the suspects will be handed heavier sentences, but the judiciary has seen several past cases where suspects were released pending trial despite evidence of rape such as the release of two suspects in the city of Samsun in 2011 after the victim withdrew her complaint. The victim had earlier told the court she was threatened by her rapists not to file a complaint.