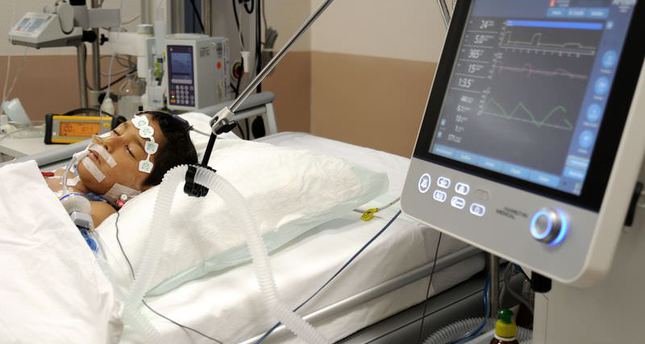 by Daily Sabah Oct 24, 2014 12:00 am
Five people have died from mushroom poisoning over the past three days and 255 poisoning cases, although not fatal, were reported in two months, raising concerns about the issue. Experts have warned the public to be cautious when eating wild mushrooms.

Since the beginning of October, a string of cases was reported all across Turkey and despite repeated warnings by authorities, people still fall victim to poisonous mushrooms.

The latest fatality was Uğur Coşkun, a 28-year-old man from the Beyşehir district in the central Turkish province of Konya who died on Wednesday. His sister and 10-year-old nephew were also hospitalized after consuming the mushrooms. İbrahim Başpınar, another victim in Beyşehir, died in hospital on the same day. Over a dozen people were also poisoned in Beyşehir this week but have since recovered. Sultan Usta, 59, died of mushroom poisoning on Wednesday in Ankara where she was transferred for treatment from her hometown of Ordu in northern Turkey. Two of her relatives, an elderly couple, had died earlier this week after eating a mushroom dish.

Ministry of Health officials said that 160 cases were reported in the past 15 days. Officials warned that digesting even a small amount of poisonous mushrooms may end up killing the consumer.

The rise in poisoning cases is attributed to people's lack of knowledge on separating poisonous mushrooms from edible ones and people heeding hearsay about mushrooms instead of verified scientific knowledge. Experts have warned the public about the misplaced belief that cooking mushrooms, boiling them with vinegar and in salty water removes the poison. Even dried mushrooms can lead to deadly poisonings.
Turkey's diverse flora has 2,500 species of mushrooms including 100 poisonous mushrooms growing in different regions of the country, mostly in the Black Sea, Aegean and Mediterranean regions in the north, west and south, respectively. More than 20 people die from mushroom poisoning every year.

Experts especially warn against Amanita Phalloides known as the "death cap," one of the most dangerous species.

Symptoms of poisoning include nausea, vomiting, diarrhea, chest pain, somnolence, low blood pressure, blurred vision, reddening of the skin, increased heartbeat, fever, metallic taste in the mouth, stomachache, sweating and general severe gastrointestinal distress. It can often leads to liver and kidney failure. The Ministry of Health has a hotline, 114, in place offering information about mushroom poisoning and places to obtain antidotes.