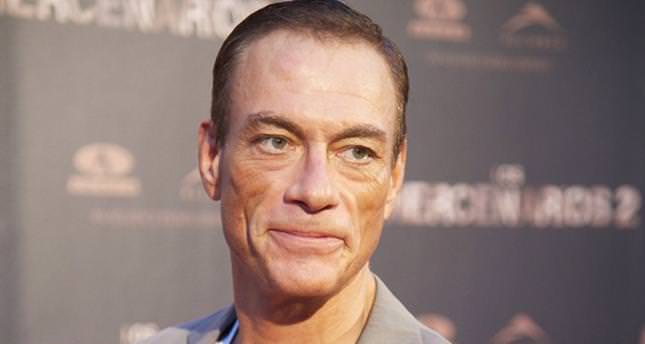 by Daily Sabah Oct 24, 2014 12:00 am
Washed-up action star Jean-Claude Van Damme, a frequent visitor to Turkey, wrapped up an eventful night in Istanbul by kickboxing his way through throngs of reporters covering his nightlife antics.

The 54-year-old Belgian actor was in Turkey as guest of honor at the Altın Portakal (Golden Orange) Film Festival, which is typically popular with the art-house crowd. After receiving an honorary award from the festival that was also awarded to actress Ellen Burstyn, Van Damme traveled to Istanbul. He is reportedly in the city for talks regarding investments in a new movie studio in Istanbul's Büyükçekmece district. But it was not long before the actor indulged himself in Istanbul's nightlife.

Accompanied by his two "girlfriends," an inebriated Van Damme made his presence felt in Istanbul's popular nightclub Reina by smashing glasses on the floor and shouting at the top of his lungs after kneeling down, to the amazement of other patrons. His assistant ran to restrain the actor and apologized from patrons before giving him a massage to relieve the apparently angry Van Damme.

As dawn neared, Van Damme exited the club with his girlfriends, still intoxicated. Photographers and cameramen rushed to capture a glimpse of the inebriated actor staggering to his posh van.

A visibly infuriated Van Damme first kicked a reporter and then advanced toward another one, swearing at the same time. Security guards held back the actor before he got in further trouble and escorted him to the van. He continued demonstrating his antics inside the van as well, punching the windows of the vehicle as it sped away.

The action star is a popular figure in Turkey although he relegated to lesser roles in recent years thanks to his phenomenal splits that have a considerable number of fans in the country. He co-starred in a 2006 Turkish movie and has been a frequent guest of daytime talk shows.