US journalist’s driver blamed for accident 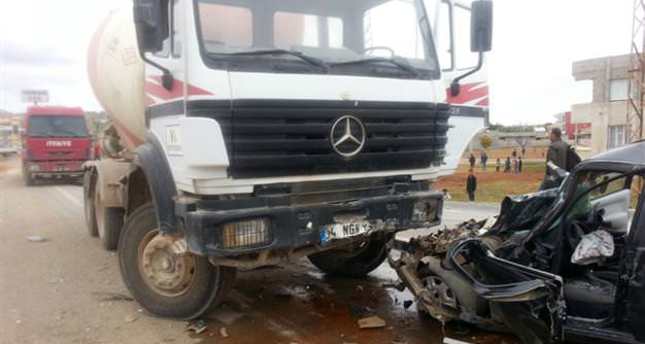 by Daily Sabah Oct 25, 2014 12:00 am
Turkish authorities, referring to an accident last week in the southeastern Turkish province of Şanlıurfa, said the driver of a truck that a Lebanese-American journalist's car plowed into was not at fault.

Shim was killed in Suruç on Oct. 19 as she was returning to her hotel after covering a news report about developments on the Turkish-Syrian border. Her driver, Judy Irish, was injured. According to Turkish media, quoting an official crash report, Irish was driving too fast and made a wrong turn when she crashed into a concrete mixer truck. The truck driver was detained after the accident but was later released. He had testified that the car was speeding up in the opposite lane when the driver lost control of the vehicle and entered his lane.

Press TV, Iran's English-language TV station which Shim was working for, claimed after the accident that she was a victim of "a black ops" operation involving Turkish and American intelligence services and quoted Shim saying before her death that she was being threatened by Turkish intelligence officials.

Turkish daily Sabah reported that Judy Irish was a 16-year-old girl who had no driving license. She reportedly said in her initial testimony that she was driving fast and did not notice the road signs warning her against a wrong turn.