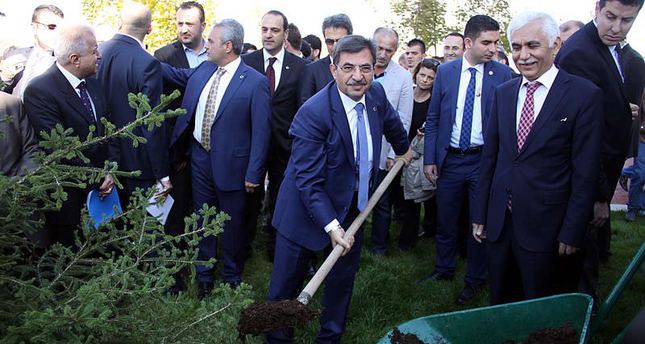 by AA Oct 26, 2014 12:00 am
The Environment Ministry announced yesterday that it had prepared the regulations that will allow buildings to be registered as "sustainable green buildings." According to the written statement released by the ministry, the regulation, which was prepared with contributions from relevant state institutions, vocational chambers and nongovernmental organizations, a permanent committee with representatives from various institutions will be set up to judge the applications. The committee will decide on the various categories and their relevant influence to final designation before releasing a guidebook.

Environment Minister İdris Güllüce said once the regulations were approved, certain institutions that will be given certificates to designate buildings as "green." "This is something very important for me. Local firms will be able to build locally approved green buildings. We used to encounter problems in this regard in the past," he said. The ministry, which will be the final arbiter, and special sustainability experts, will inspect buildings ahead of applications. Buildings granted the green certificate will be registered at a databank at the ministry, which is aiming to promote such sustainable buildings.