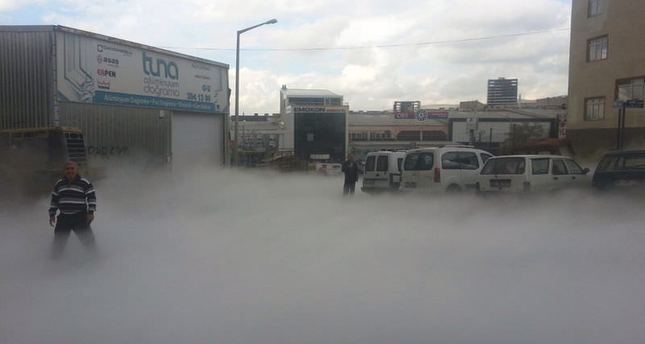 An explosion inside Ankara's industrial suburb of Ostim leaves nine workers injured, one of whom is in critical condition. The explosion reportedly went off during carbon monoxide gas discharge in an ice-production factory.

The gas discharge exploded due to pressure while a tanker was unloading the carbon to the factory.

The industrial site was shaken by two separate explosions due to a gas leakage on February 2011, which had killed 20 people in total, injuring many others.