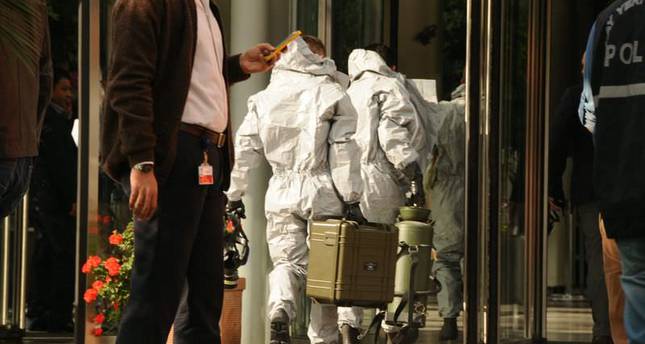 Istanbul governorate has appointed specialists to the Consulate for decontamination and further examination.

The governorate said, "It has been expressed that no personnel has been to the premises of the Consulate for the last two days."

"According to our assessments, the package was sent on Friday, on the same day as other consulates got similar packages."

The packages containing yellow powder were sent to the Consulates of Germany, Canada, Belgium, France, and U.S. on Friday, prompting partial evacuations. Some of the consulate personnel were hospitalized as a precaution after their exposition to the yellow powder.

Turkey's Health Ministry said that no biological warfare agents were found within the "yellow powder" on Monday.

The exact test results of the consulate staff and the chemical details of the "yellow powder" are expected to be announced on late Monday, according to the Turkish Ministry of Health officials.