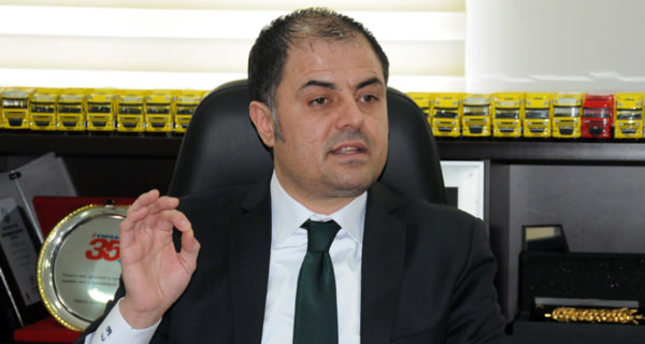 by Daily Sabah Oct 28, 2014 12:00 am
Vice Chairman of the Board of Directors of the International Transporters Unions (UND) Ergun Bilen stated that trackers have been placed on vehicles of Turkish transporters that use Turkey-Iranian border gates by the Iranian customs administration and border control. Bilen said that a new problem has been added to the series of issues Turkish truck drivers and transporters were experiencing at the border Gates. The border control has secretly placed trackers in order to follow Turkish vehicles, and since the trackers are not visible they go unnoticed by the drivers and therefore, cannot be removed. Bilen stated that now each vehicle can be tracked and added, "This is an international crime. It is a step taken on purpose to prevent Turkey's international transport. This is a crime committed against international highway." Mentioning that they are taking serious steps in preventing these trackers from being placed, Bilen said that if they cannot prevent it then they will establish a ro-ro transport line from Baku in Azarbaijan to Turkmenistan.