Water level in the flooded mine continuing to rise: Energy minister 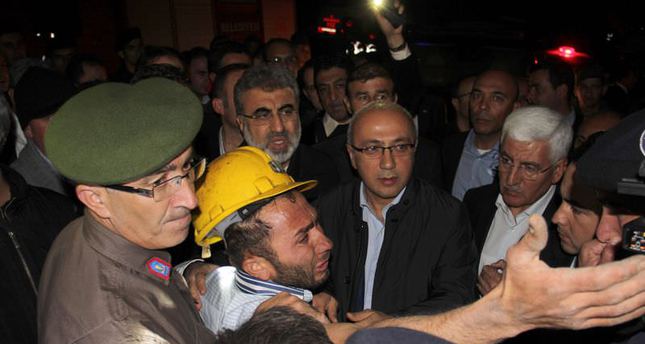 by Daily Sabah Oct 28, 2014 12:00 am
Turkish Energy Minister Taner Yıldız answered questions from reporters on Tuesday after 18 of the 34 workers at a coal mine in the Ermenek district of the Karaman province in central Turkey were trapped when a tunnel they were working in flooded on Monday.

"The water level in the flooded mine is continuing to rise and increasing by a meter every two hours. Time is not on our side. At the moment, a single pump is being used to flush out the water from the flooded mine, while a second pump is also on site and ready to put to use," Yıldız said.

The cause of the flooding is not yet known. Experts point to two possibilities – either a leak from an old mine, which the mine was built around, or accumulation of underground water due to negligence.