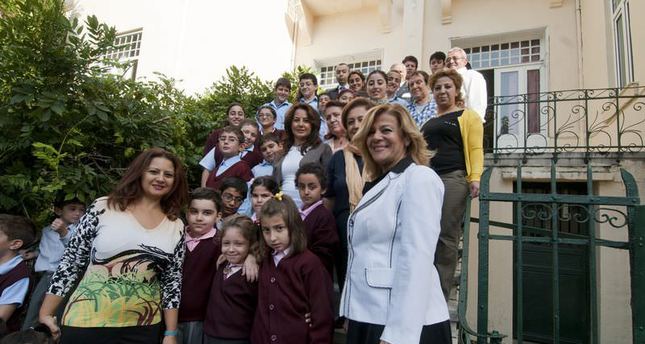 by AA Oct 29, 2014 12:00 am
Turkey witnessed the most clear affirmative action for schools catering to non-Muslim minorities in its history, according to an official from the Ministry of National Education.

Muammer Yıldız, the director of the Ministry's Istanbul branch, says positive discrimination in terms of funding those schools peaked with new incentives.

Yıldız said that the government launched incentives for minority schools this year although not all of them met the criteria needed to receive state funds. "All minority schools are included in the list of schools benefiting from incentives this year. This is the most clear support for those schools in the history of Republic of Turkey. Every student applying to the education authority had their education expenses covered by the state and schools will be paid incentives for each student," he said.

Other schools benefit from state funding if they have more than 12 students in each classroom, but Yıldız says that the minority schools were exempted from this rule and schools with even two students benefited from the funding.

Under the Treaty of Lausanne signed between Turkey and the Allies in 1923, the Republic of Turkey was obliged to help funding minority schools but Yıldız said the funding almost entirely ceased after the 1970s. "The state mainly helped in assigning teachers and staff and did not cover the expenses of students after 1970," he said.

Yıldız says incentives should not discourage charities from donating to schools. "Of course, students and schools will benefit but they cannot survive with our funds only. Philanthropists should not think they are not longer needed. We can offer better projects to improve the education of children attending those schools if they continue their donations," he said.

Another incentive for minority schools are free textbooks. Turkey had already started delivering free textbooks to students in public schools. Minority schools operated by the foundations of each community will also benefit from free books this year. The Ministry of National Education covers the printing expenses of the books.